Buzzwords
Opera Boxset
Illustration
This long-running opera by Mozart was divided into 3 CDs, each representing a key aspect of the act. The illustrations for each was created in Photoshop and are based on Venetian masks. While the opera itself is set in Spain, it is commonly sung in Italian, and most productions tend to blend the aesthetics of both countries. Masks are also a highly important aspect of the story – both figuratively and in some cases, literally. In this design, rather than behaving as disguise, the Venetian masks show the character’s true identity.
Problem
To create a box set design based on a very long and complex opera in a way that is both eye-catching to consumers and stands out from its competition. This box set is intended to capture more than just the storyline of the opera but also the overall tone and mood of the music.
Solution
A scratchy, hastily sketched style is used in each illustration. This references both the time period – they resemble etchings – and the dark, gothic nature of theopera. The packaging is meant to look horror-oriented, elaborate yet unnerving, much like the opera itself.  The many track titles found on each CD are scrawled in a messy, handwritten font, referencing Don Giovanni's list of his many conquests. 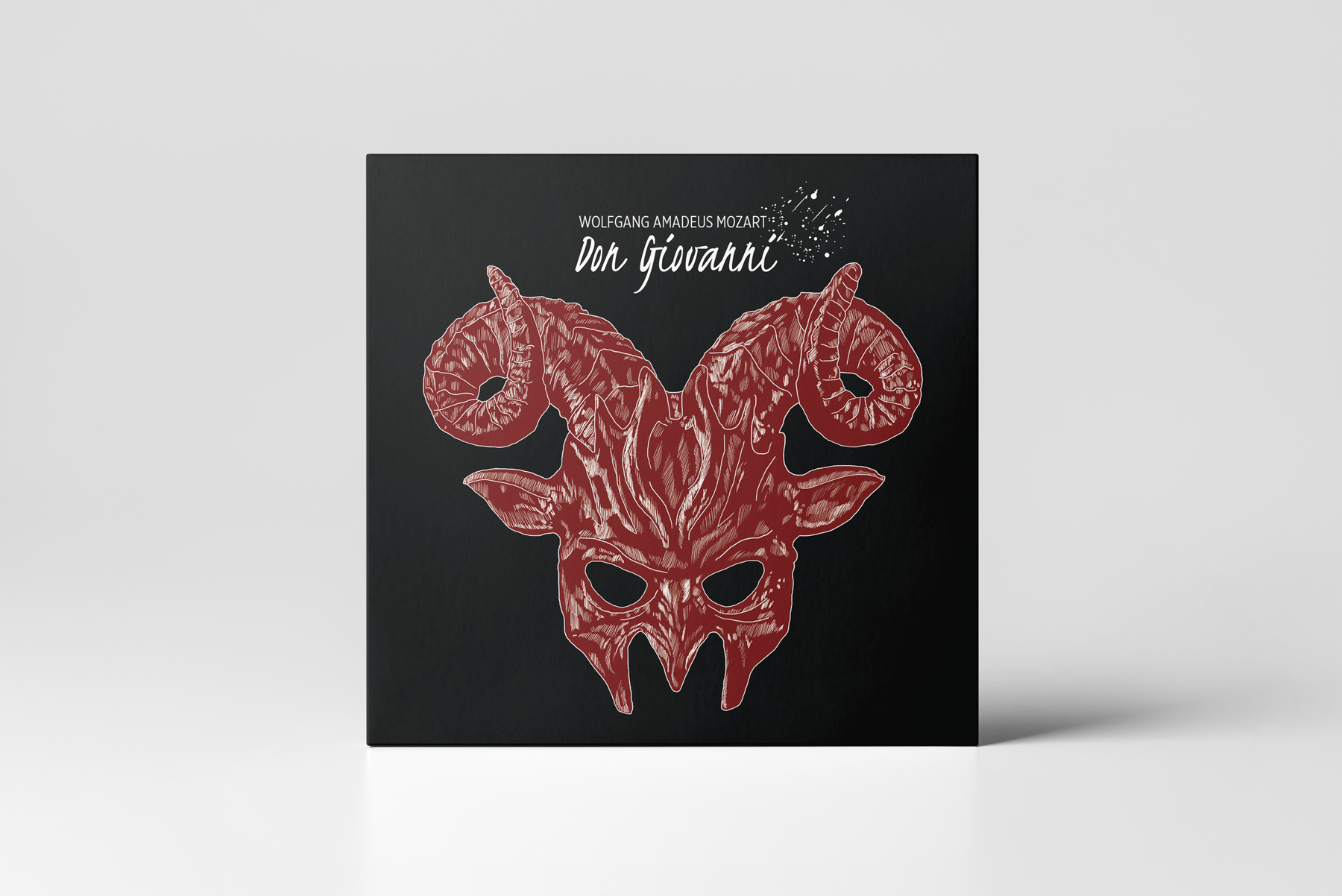 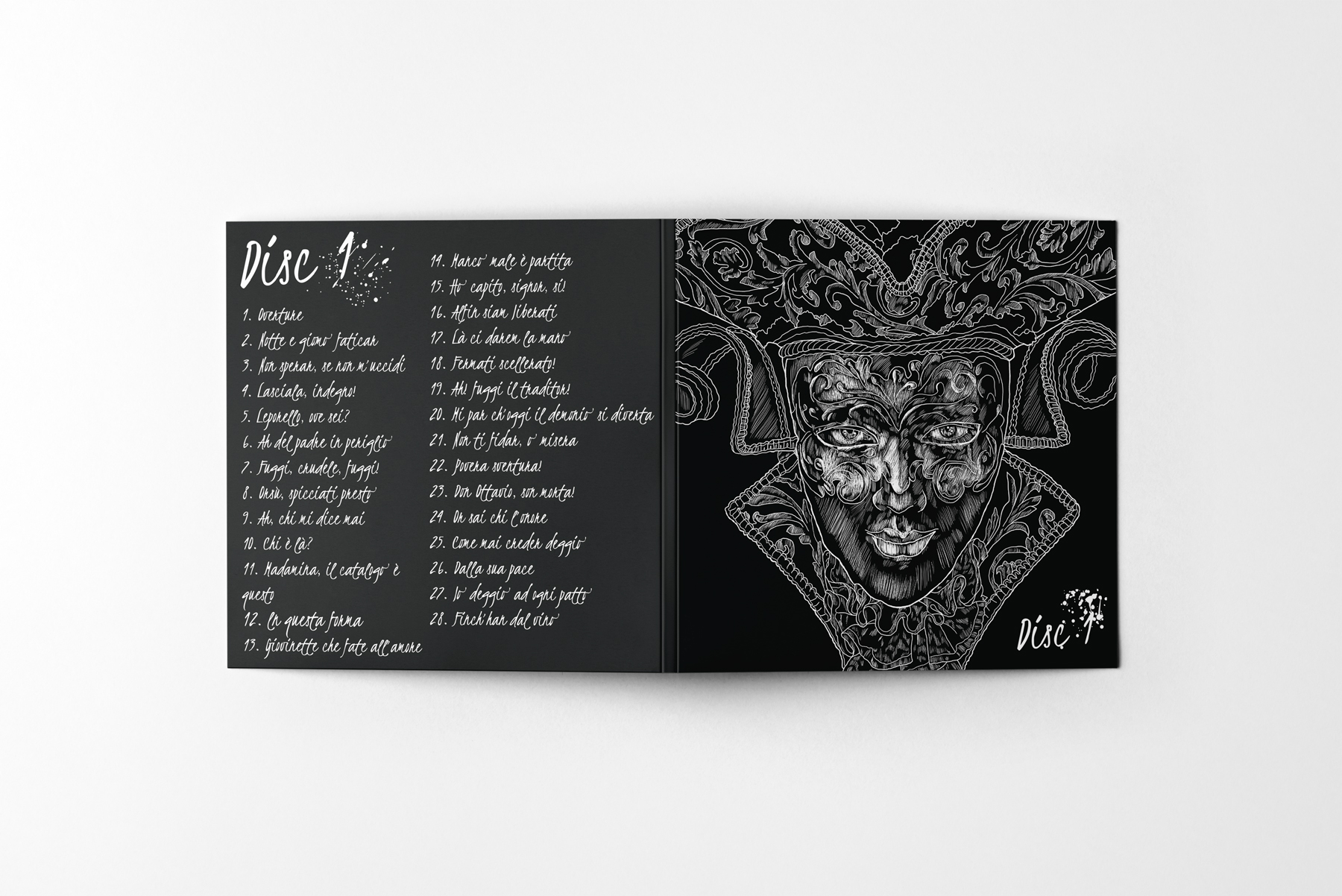 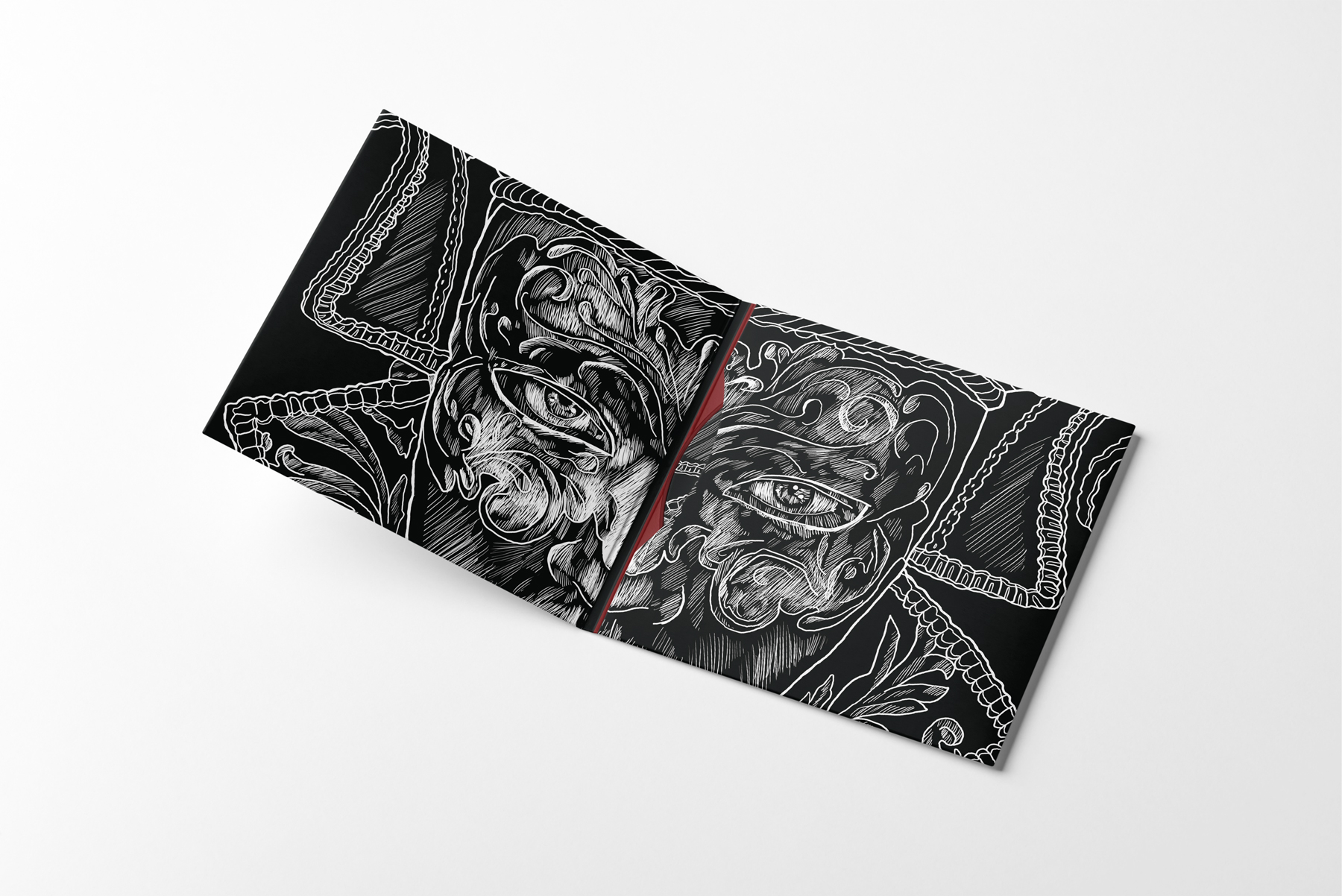 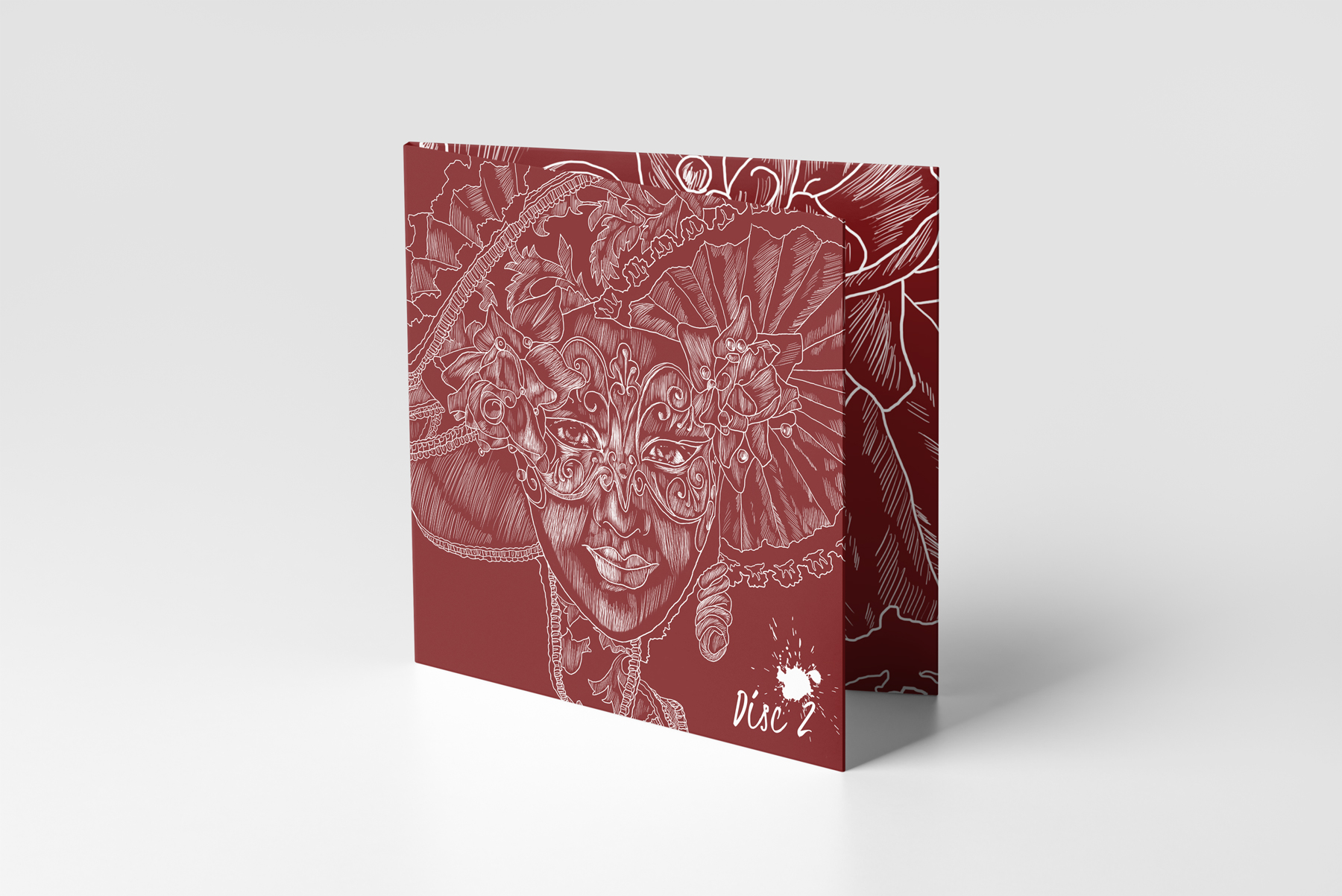 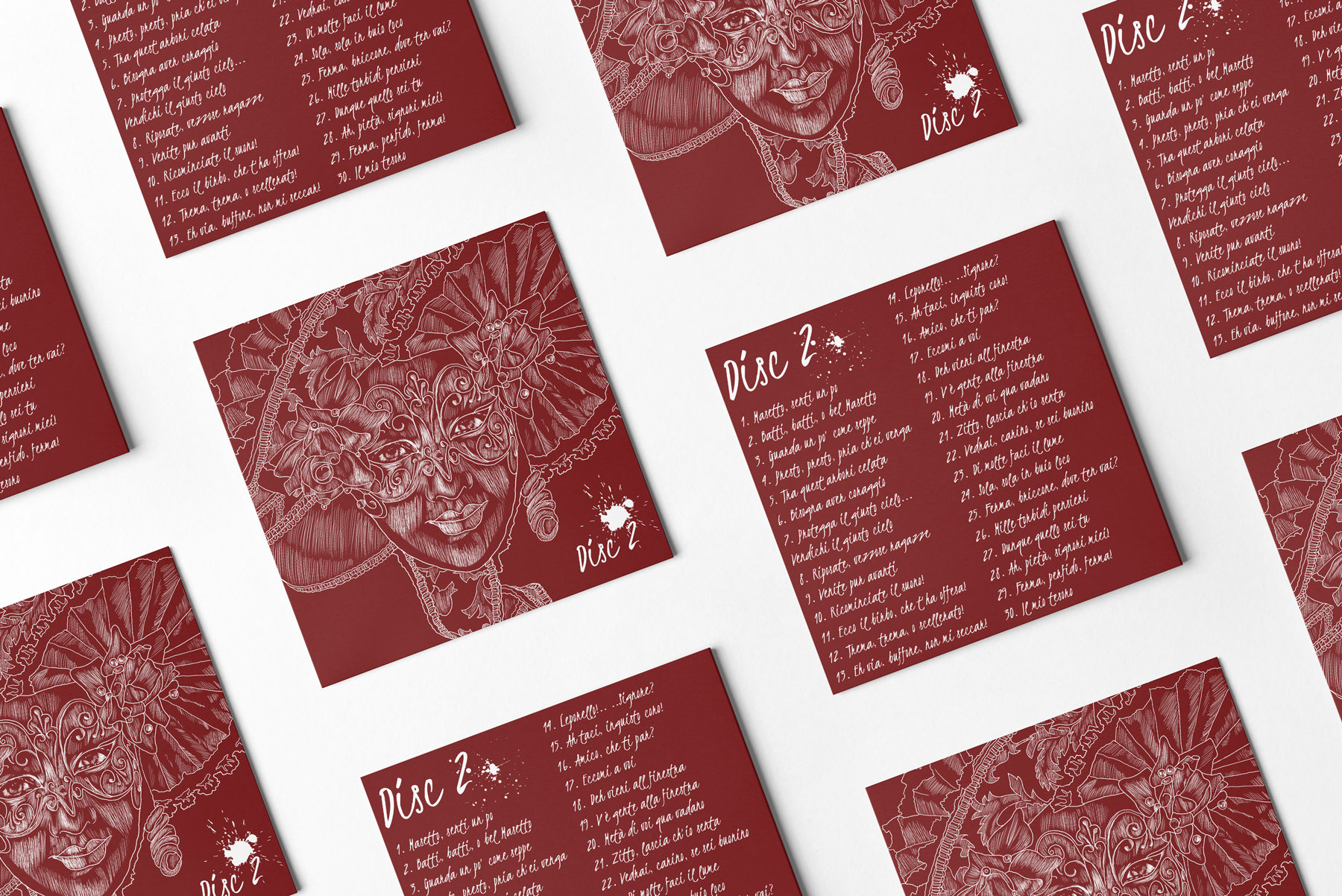 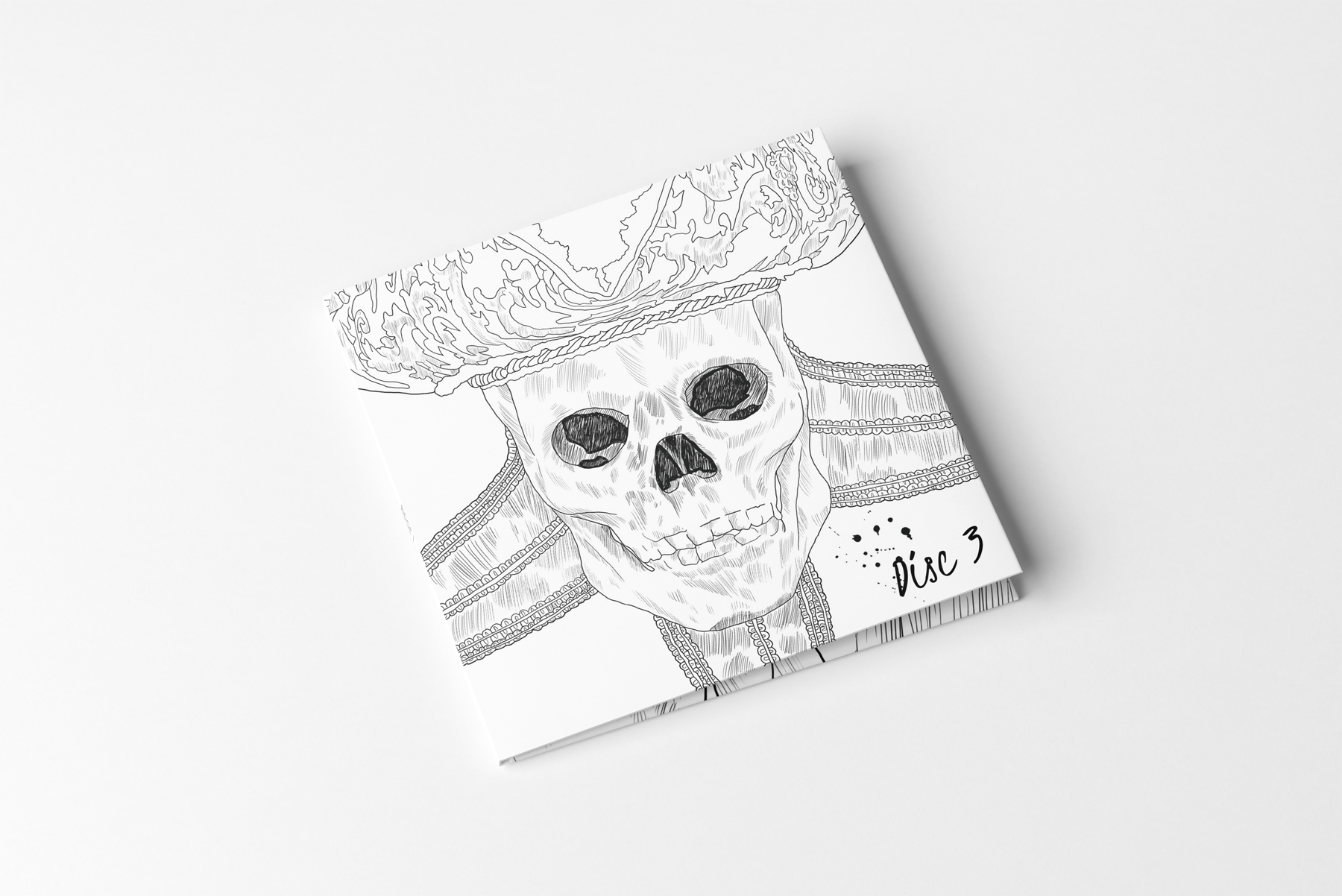 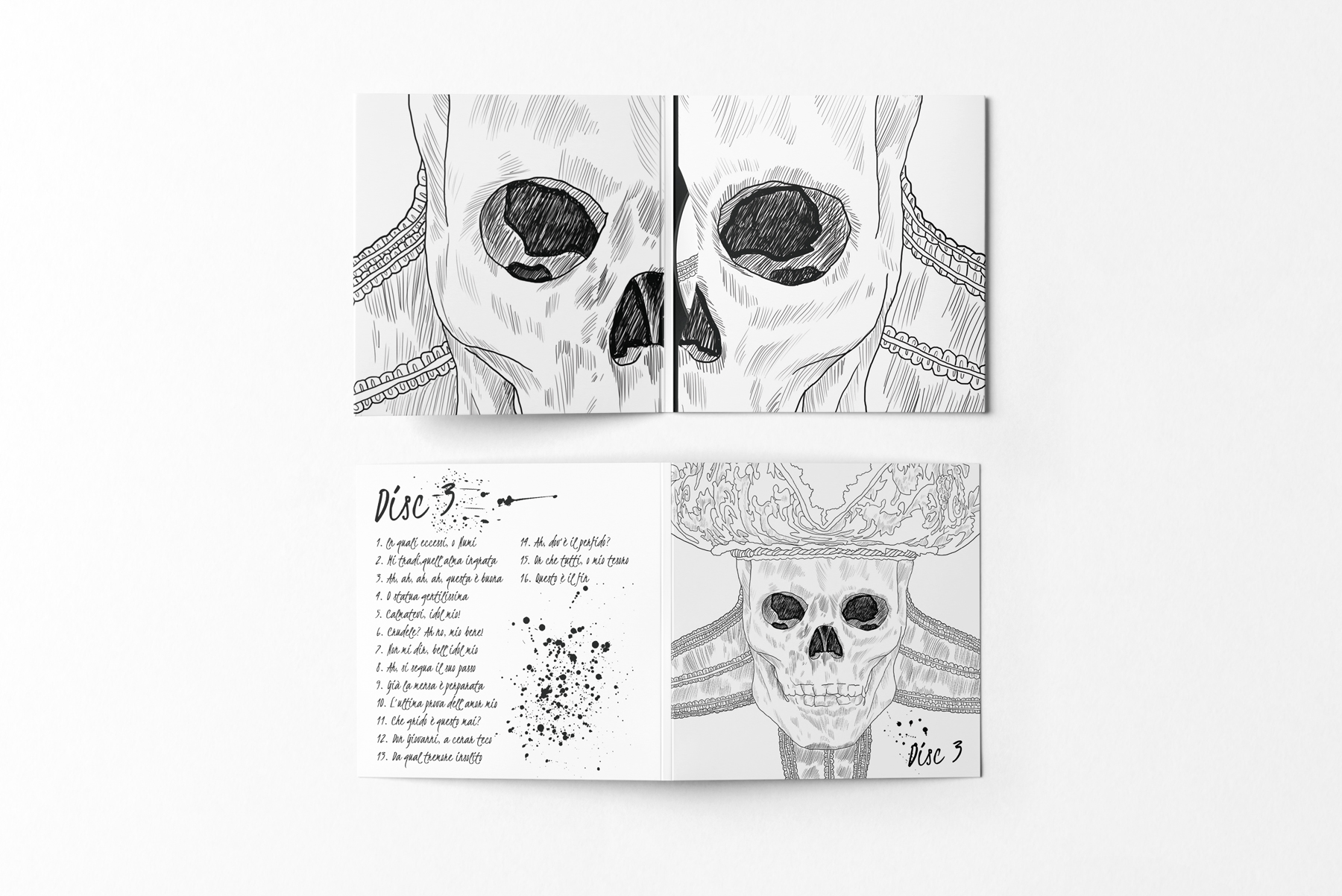