Buzzwords
TV Show
Playing Cards
Illustration
A school project to create a set of three illustrated playing cards. I chose the (cancelled) NBC show Hannibal. Using the wide range of imagery from the production as inspiration, I illustrated the three main characters in Photoshop and the card back (inspired both by the show and Renaissance era textile design) in Illustrator. The result is a set of cards as eerie and dark as the program they're based off.
Problem
To create a set of three playing cards based off inspiration of my choice.
Solution
The three playing cards are illustrated in a pen and ink style reminiscent of medical drawings. The characters are surrounded by symbolism which refers to their individual story arcs. The simple colour palette both harkens to horror film aesthetic and brings the red (representing blood and violence) to the forefront. 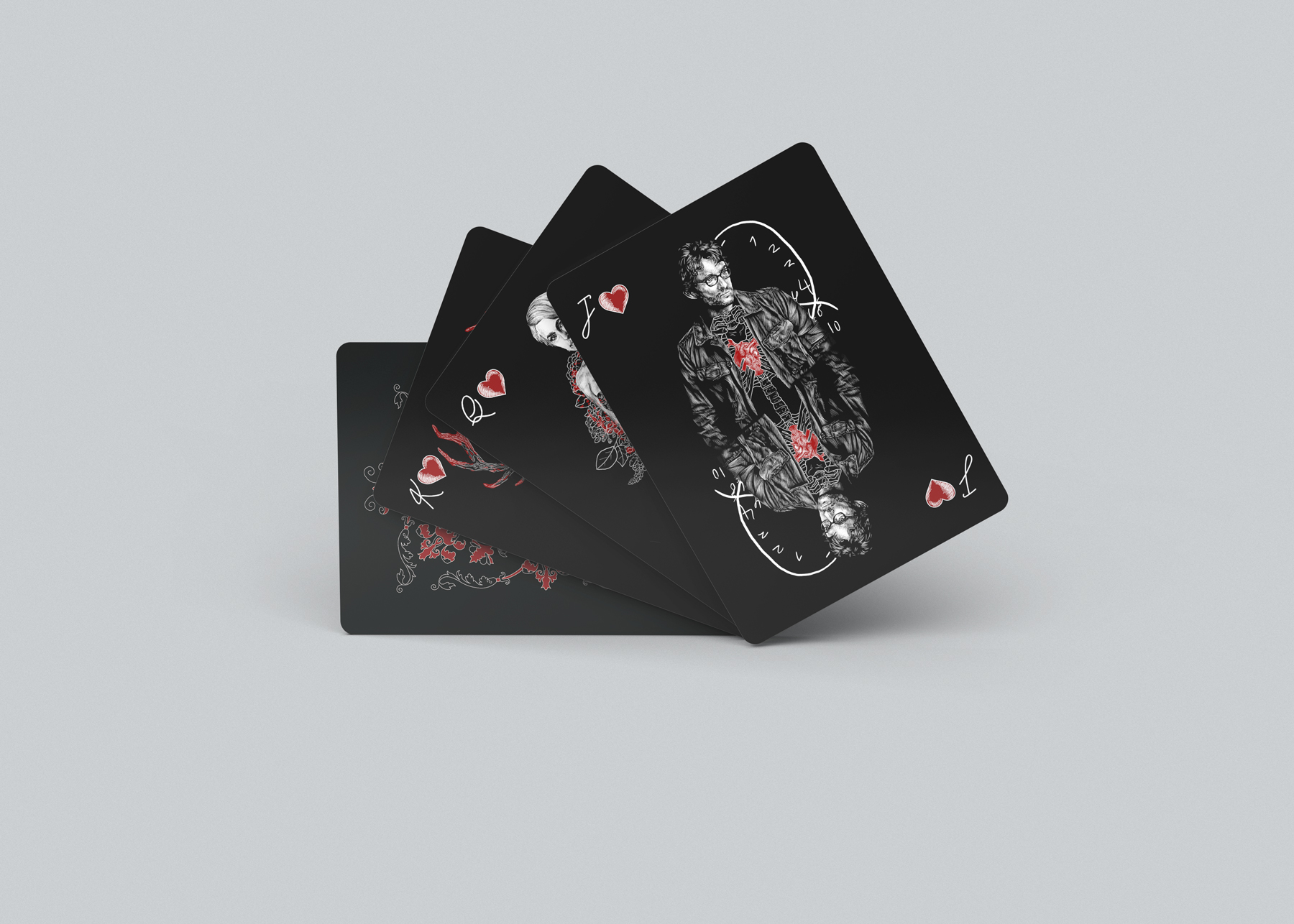 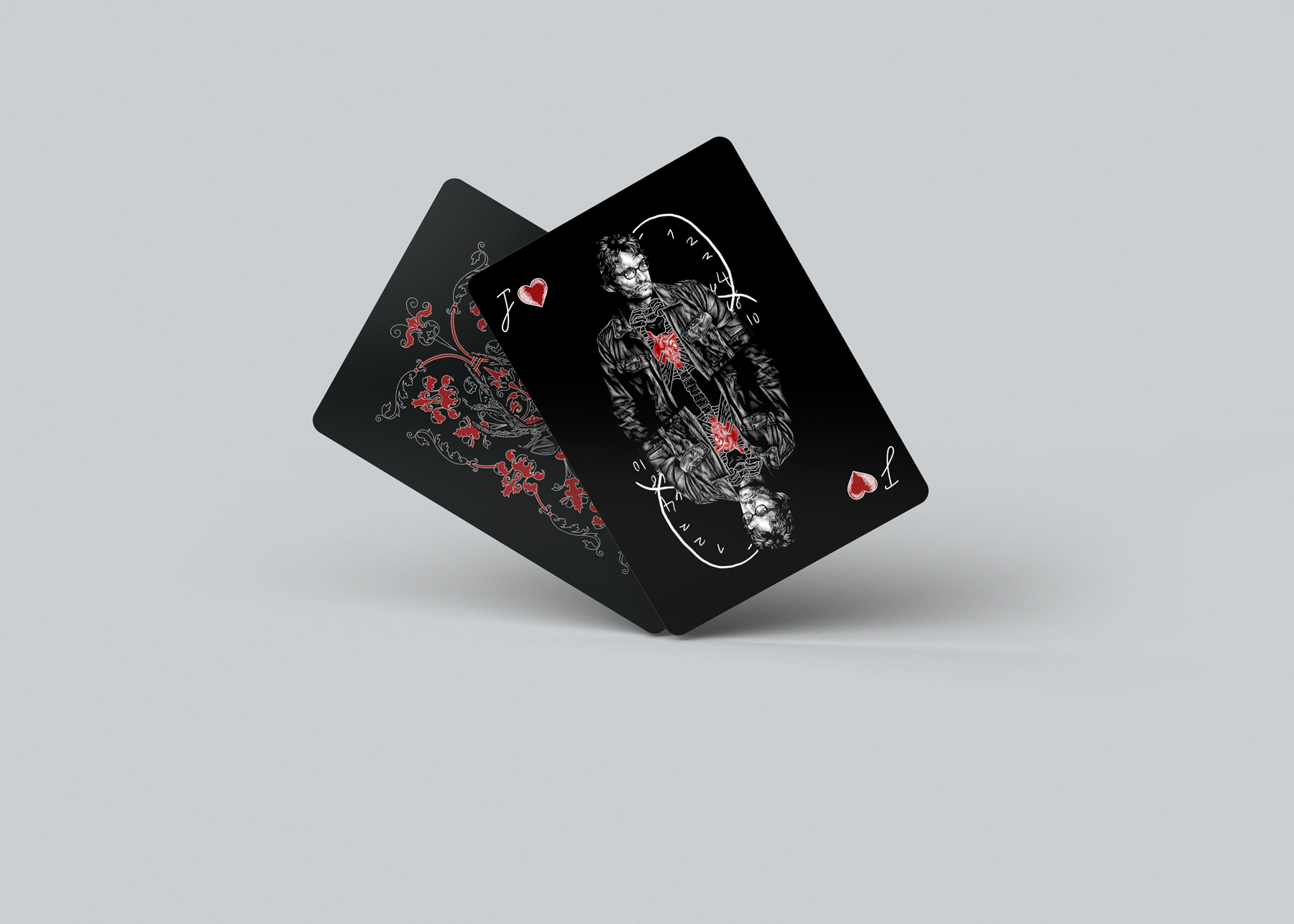 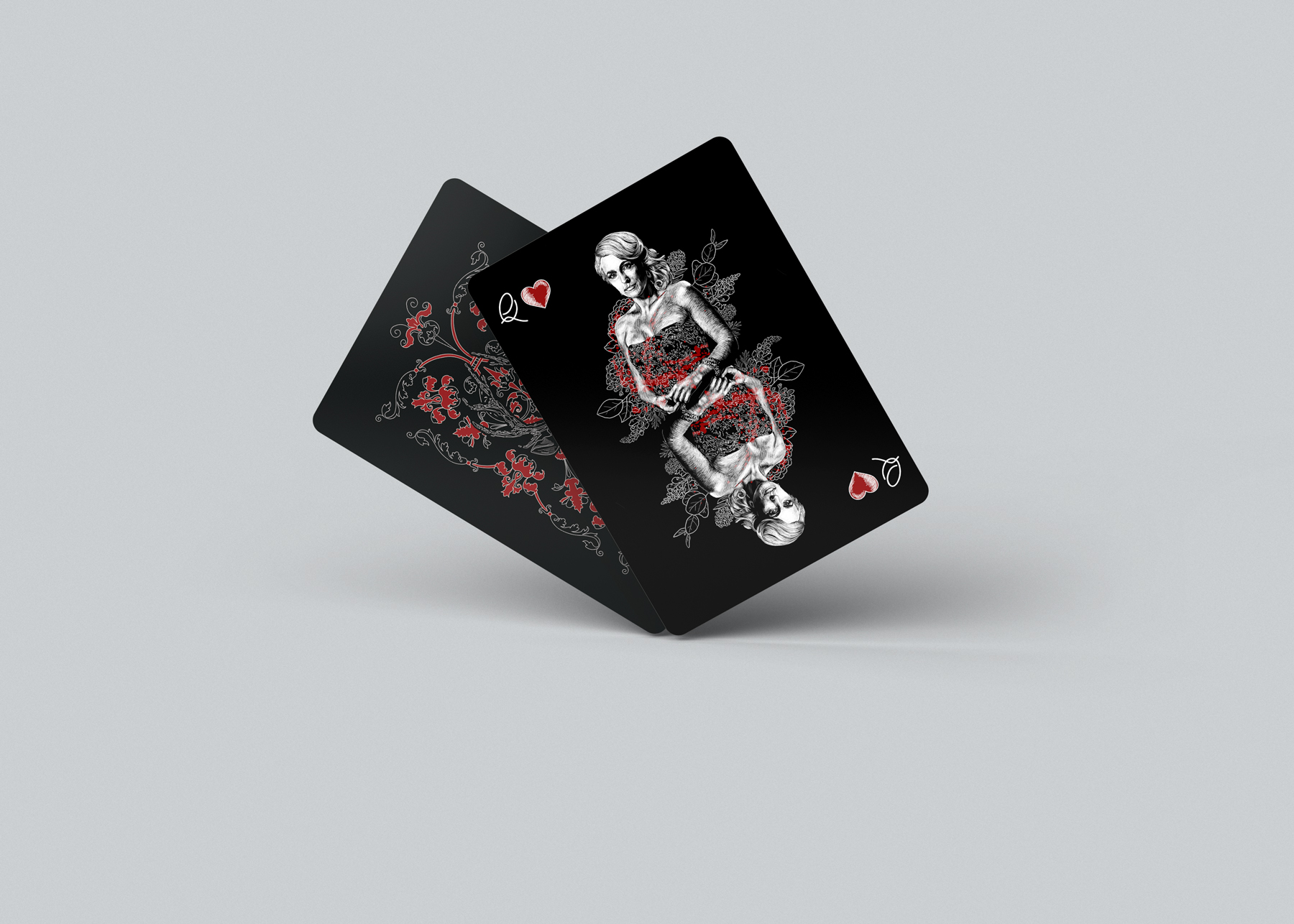 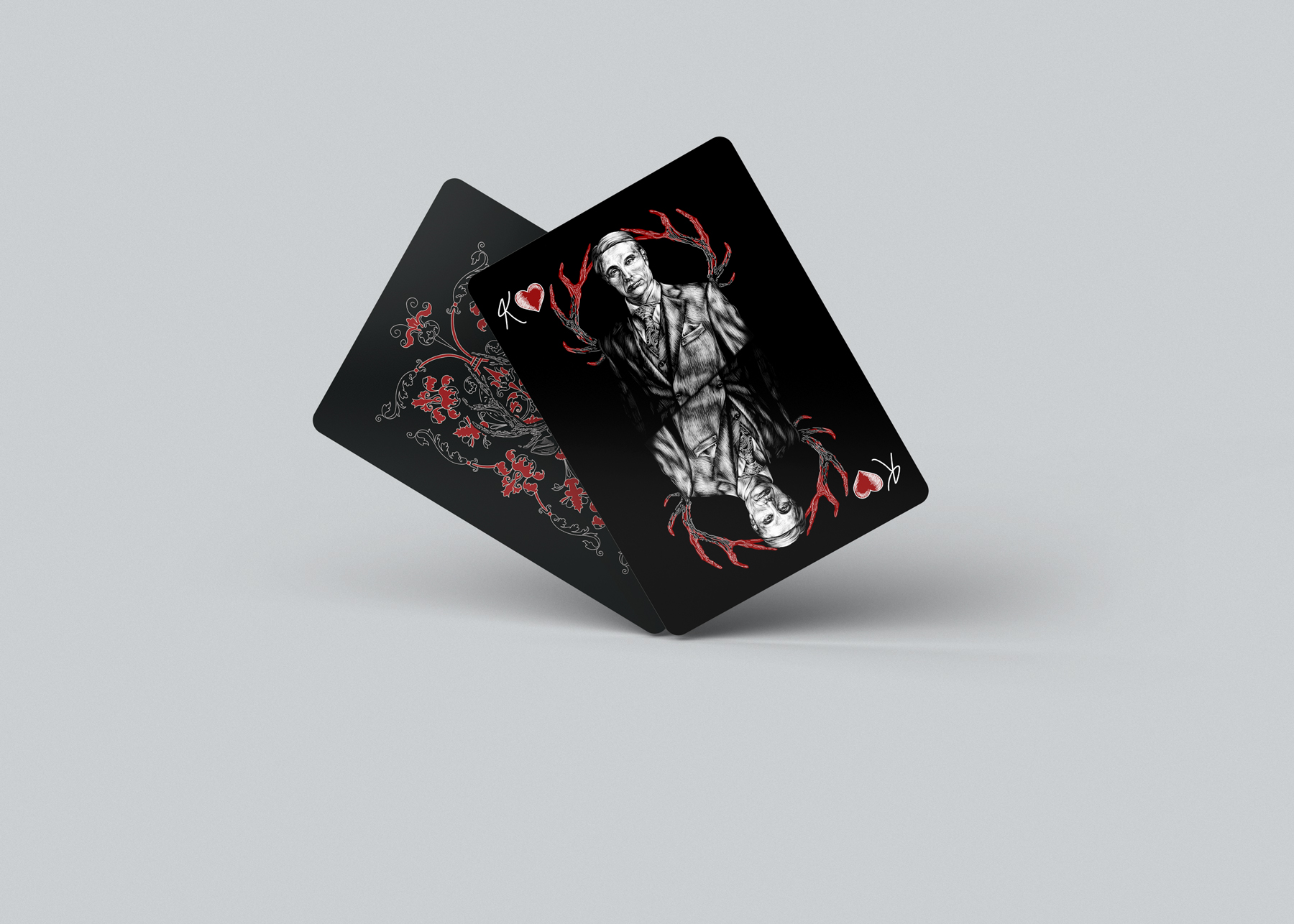